Governments and private companies alike have been trying to find ocean pollution solutions since years in order to tackle this problem. But, we have a new approach! 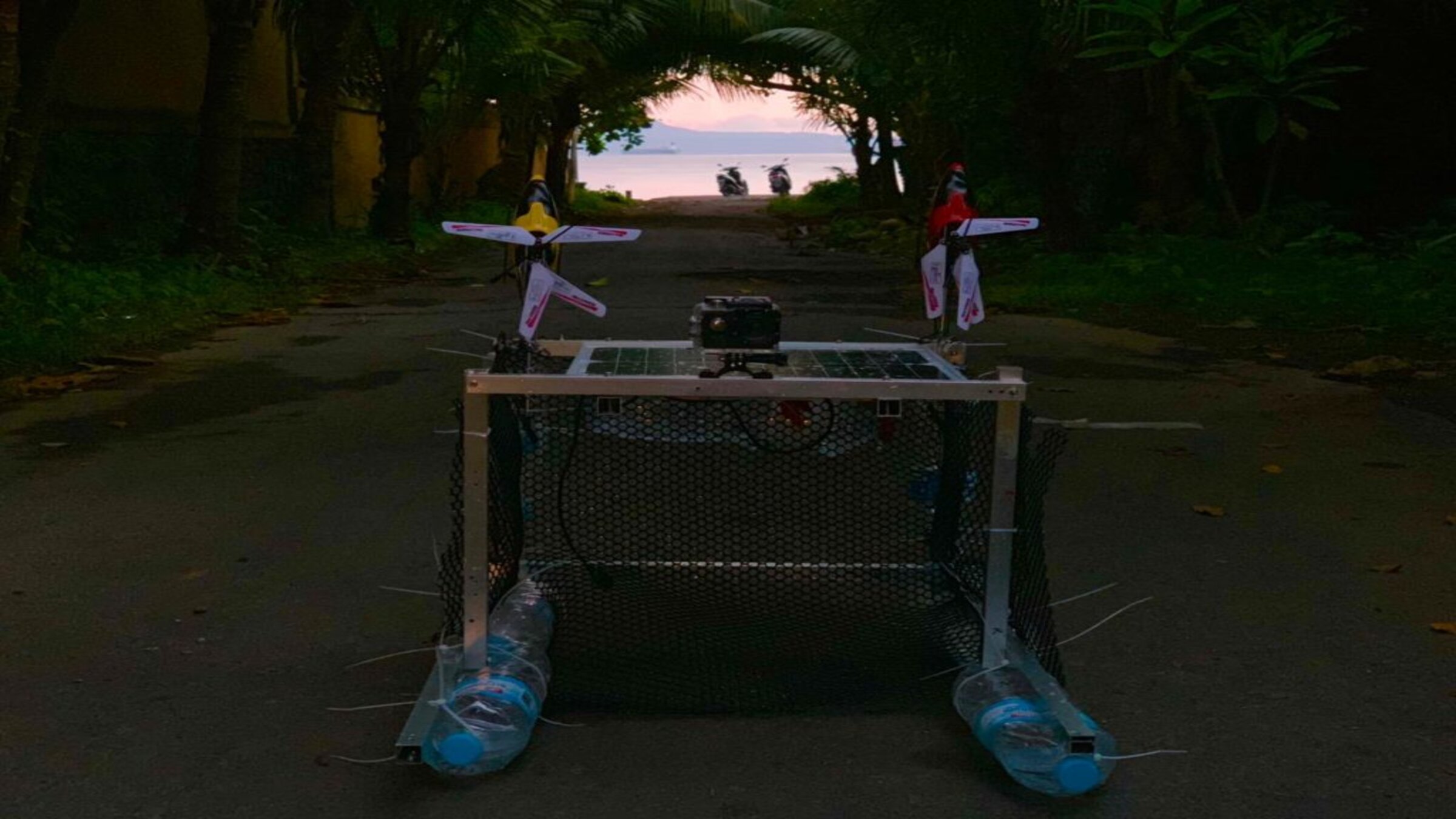 Whales are washing up on our beaches with gastric choking due to the insane amounts of trash they’ve consumed – the entire ocean ecosystem, in fact, is being contaminated by these pollutants. Eventually, the bits of trash that are consumed by fish reach us through the food chain and cause long-term damage to human health. Further, the ecosystem of the oceans supports far more than we think – over a billion people directly or indirectly depend on the produce of the ocean to sustain their livelihood.

However, the real reason it’s a truly massive problem is that for the moment at least, there’s no feasible, large-scale, repeatable solution that can be used to control the situation. Sure, at the top level many governments have or are currently taking steps to ban single-use plastic. And that’s great, but in reality, this is going to make little difference to the volume of total trash entering the ocean itself.

In fact, you could argue that a top-down, government-driven solution to clearing ocean trash is one that is going to take too long, would be too expensive, and may not be effective enough, at least in the short term.

Hence, if we are to realistically start solving the ocean trash problem, we need to focus on two main tasks:

● Prevent more trash from reaching the ocean in the first place.

● Get the existing volume of trash out of the sea and back on land.

We need this to start happening in a time frame of 3-4 years if we want to seriously keep the problem at bay (literally?). Changing consumer behavior is, of course, a great way to prevent the trash from reaching the sea, but even in countries where both governments and corporations are actively working together it’s taking longer than expected to make the transition.

For the last year, I’ve keenly followed and been inspired by The Ocean Cleanup project. Their goal is to clean up the Pacific Garbage Patch using a giant boom pulled along by two ships. Imagine a giant tongue cleaner skimming the surface of the ocean, collecting plastic. Well, that’s sort of what they’re doing except their tongue cleaner is 5 kilometers long. And pulled by ships.

Unfortunately, despite hefty funding, backing, and support as well as a dedicated team, they’ve run into trouble due to the scale of their solution – a large single system to collect ocean trash. The system keeps breaking, it’s hard to maintain, harder to operate effectively and for the moment, they’ve not been able to make the project successful.

Nature, uses swarms of individual entities acting together towards a goal to solve large scale problems. As a swarm is distributed and decentralized, the systems showcase high efficiency, parallelism, scalability and robustness. Examples include insect colonies, our immune system and even human settlements.

Thus, earlier this year I got together with two of my peers to see if we could assemble an ocean trash-collecting robot – the dream is to have a swarm of these bots cleaning our oceans and rivers autonomously. The robot houses a camera running an AI neural net (a binary classifier) to find the trash and a real net (not-neural) to passively collect it. A solar panel provides emergency power if the bot is lost at sea and needs to be recovered. They go out in the day, collect trash, return to the hive at night. An autonomous army of good-bots.

A few weeks back, we got the chance to travel to Indonesia to test our robot and engage coastal communities and understand their need better. The goal is to build a solution that is less dependent on top-down government action, rather can be driven through bottom-up community adoption.

We tested out a single robot to gauge robustness, field feasibility, and community engagement. We got great feedback and learned a lot about what we can change about the system to make it a better solution. If placed strategically along rivers and estuaries, it could prove to be an effective solution to clearing out close-to-surface ocean trash. The communities we spoke to in Indonesia gave us an insight into the power of collective action – something that has worked wonders in keeping Bali’s beaches clean. I believe that with the right technology these communities can be empowered create impact at a much greater scale.

There’s a lot more to be done before we can dream of truly autonomous ocean cleanup – but I hope that our work is a step in the right direction. I envision that coastal communities and companies, like rePurpose, which empower the circular economy on land would one day be empowered themselves by a system like this, allowing them to build a circular economy around the water, thus, building long-term sustainable infrastructure for humankind.

You can help keep the planet safe for the marine animals who are endangered by the plastic we use. For about the price of a coffee a month, eliminate as much ocean-bound plastic waste as you use and go Plastic Neutral with us today.