What is the effect of ocean plastics on marine life?

Plastic bottles can last for 450 years in marine environments. Learn how plastic affects ocean life to uncover the importance of plastic waste management. 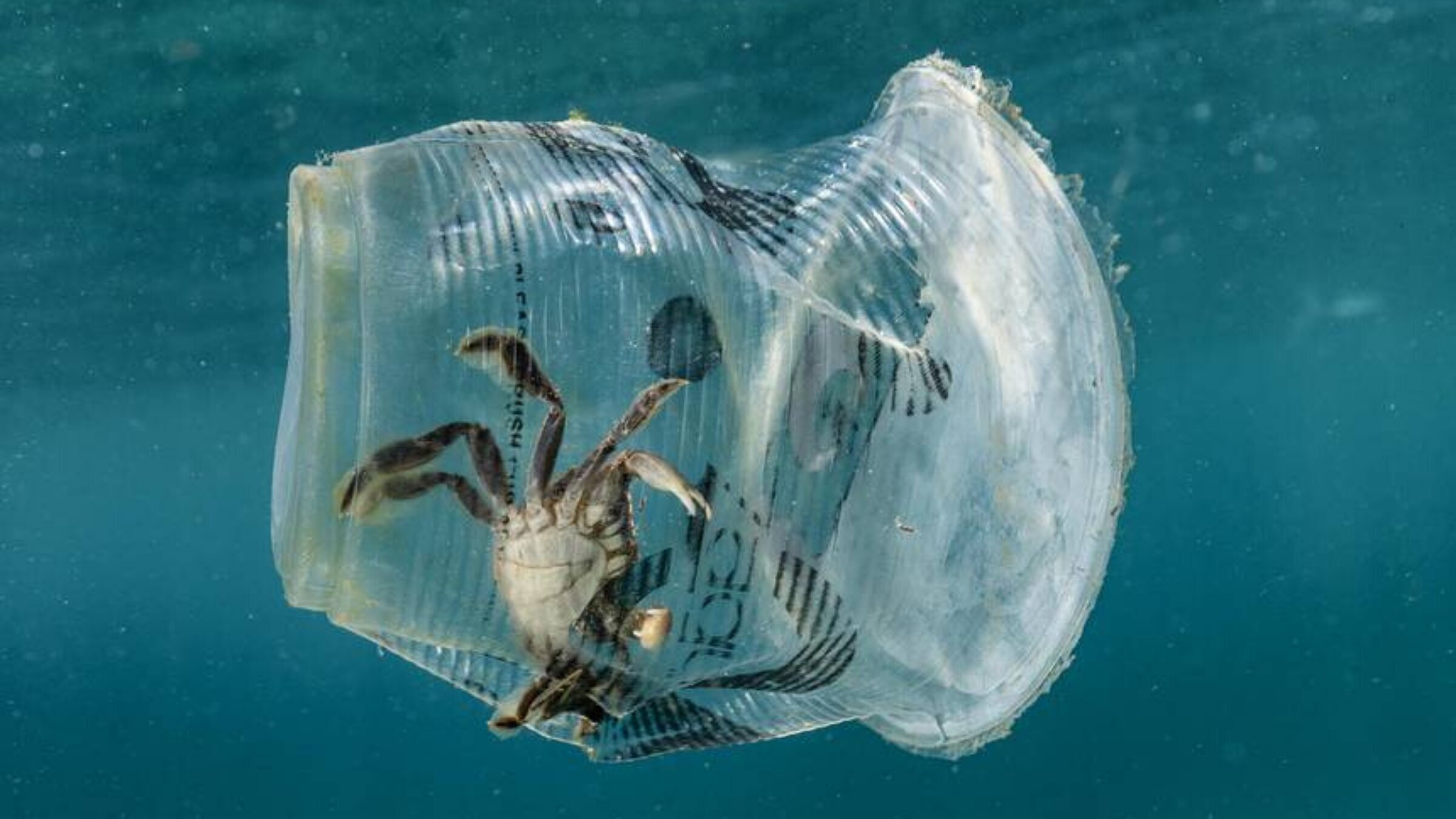 Over 300 million tons of plastic are produced annually and at least 8 million tons of plastic end up in our oceans every year. Plastic debris is currently the most abundant form of marine litter and makes up 80% of all marine debris from surface waters to deep-sea sediments. The effect of this plastic waste is monumental with around 5.25 trillion macro and microplastic pieces floating in the open ocean – weighing up to 269,000 tonnes.

Plastic has been seen on shorelines of all the continents, with more plastic materials found near popular tourist destinations and densely populated areas. Objects that are far inland are blown by the wind over long distances to settle on ocean surfaces. This could include a wide range of pollutants such as sand, man-made debris, and garbage. Most of this debris, especially plastic, does not decompose and circulates in the ocean in the same form for years. Plastic bottles can last for 450 years in marine environments.

But, who bears the brunt of this problem? A study from Plymouth University confirms that plastic pollution affects at least 700 marine species. Of this alarming number, an estimated 100 million marine animals are killed each year from plastic pollution. Let’s take a closer look at the marine animals that are most impacted by ocean plastics. plastics.

All species of sea turtles, especially juvenile green turtles, are affected by marine debris. Studies from 2013 suggest as many as 50% of sea turtles are ingesting plastic at an unprecedented rate, and dying because of it. Another study of the Loggerhead species found that 15% of young turtles examined had ingested such enormous quantities of plastic that their digestive system was obstructed.

Sea turtles often mistake plastic bags and other flimsy materials for jellyfish. They consume the waste only to have it trapped in their bodies for years. Turtles that die of debris consumption were found with plastic bags or fishing lines in their stomachs, some as small as half of a fingernail.

They are especially susceptible to the effects of consuming marine debris due to their bodies’ own structure. They have downward-facing spines in their throats which prevent the possibility of regurgitation. Many sea turtle rehabilitation facilities also commonly deal with “bubble butts,” turtles that float as a result of trapped gas caused by harmful decomposition of marine debris inside a turtle’s body. The gases cause the turtle to float, which leads to starvation or makes them an easy target for predators.

Is your business looking for solutions for your plastic packaging footprint? Get in touch with our BD team at letstalk@repurpose.global to explore how rePurpose’s plastic action solutions can support your brand’s goals for plastic reduction and waste recovery.

Similar to turtles, whales often mistake debris for food. Some whale species, such as Baleen whales, have mouths so large that they unknowingly pick up plastic debris. Necropsies performed after numerous whale strandings saw an increase in the amount of plastic debris found.

The obstructions often puncture and tear the stomach lining, leading to starvation and death. According to Marine Pollution Bulletin, cetaceans are ingesting plastic debris at a rate as high as 31%, and in turn, 22% of those cetaceans were at an increased risk of death. Out of the 61 dead whales recovered in the Davao Gulf, 45 of them died from the consumption of plastic waste.

Plastic trash is flowing into the oceans at such a rapid rate that 90% of seabirds ingest it now. Virtually all of them will be consuming it by 2050. Bags, bottle caps, and synthetic fibres from clothing are some of the types found inside birds. In 1960, plastic was found in the stomachs of fewer than 5%. By 1980, the number leaped to 80%. Scientists have also linked this rise to a similar pattern in the growth of global plastic production.

Birds tend to consume the highest concentration of plastic. The albatross, for example, usually skim the surface of the oceans with their beak in search of food (fish, squid, etc.), and floating plastics are often added to their intake. Parakeet auklets also consume large portions of plastic.

The plastic that seabirds ingest puncture their organs or block their digestive tracts and leads to starvation. A recent study conducted by the University of British Columbia found a 67% decline in seabird populations between 1950 and 2010.

The consequences of plastic pollution on sea lions are a bit different from those of other marine animals. While most other animals are prone to ingesting plastics, sea lions are more likely to get entangled in them. Fishing lines, plastic packing bands, and rubber bands are the most common threats to their lives.

A study of eastern Steller sea lions, which are threatened by extinction, found that plastic packing bands and rubber bands were the most common items to show up around their necks and metal flasher lures used for salmon fishing were the most frequently ingested fishing gear.

The population of Stellar sea lions has declined by 80% from its peak about four decades ago. An eight-year study in Southeast Alaska and British Columbia documented 388 sea lions entangled in plastic debris. These seemingly harmless single-use plastic products are dangerous enough to cause severe infection and death.

Microplastics are grave threats to fish. When they bring in water through their gills, these minute plastics also slip through the cracks and cause adverse health problems. A study performed at the University of Exeter UK suggested that microscopic marine debris could take up to six times as long for the animal to rid themselves of in comparison to ingesting the debris orally.

What makes the plastic problem in fish so relevant to us is the fact that humans consume them. When we eat fish that have been affected by plastic, the toxic material makes its way back into our food chain. A number of studies suggest that the fish humans continue to consume have at one time or another ingested plastic microfibers, including brown trout, cisco, and perch.

There are a growing number of reports on the ocean plastic problem and a surge in awareness of its urgency. As we move forward, it’s crucial that we make an effort to keep ourselves informed. Beyond this, it is also our responsibility to rid the oceans of plastic in the best way we can. Cleaning the ocean of all the plastic that exists in it today is an intensive effort that you may not be able to contribute to directly. What we can do is ensure that no more plastic enters the ocean in the future.

Help keep the oceans safe for the marine animals who are endangered by our plastic consumption. Recover and recycle as much ocean-bound plastic waste as you use by going Plastic Neutral with us today. If you’re interested in our plastic footprinting and recovery services, get in touch with us at letstalk@repurpose.global directly.