What is the Effect of Plastic in Forests and Wildlife?

The impact of plastic in our forests is monumental. From its sand to its inhabitants, everyone is negatively affected, but how? 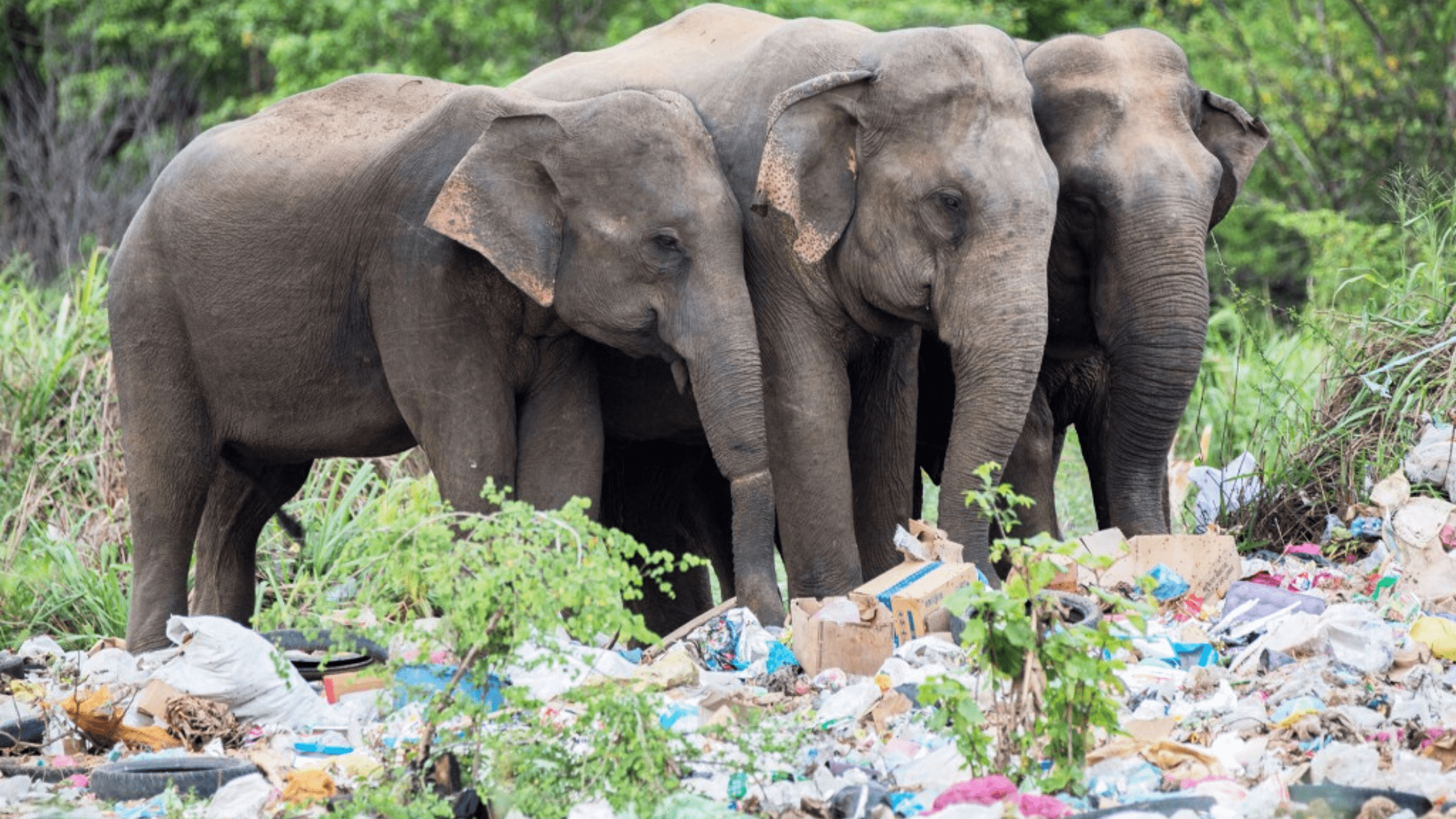 Plastic has a certain appeal for making life more convenient. We use plastic in the form of single-use to-go cups for that morning shot of coffee or as disposable bags as we carry out our weekly grocery shopping or even indirectly as part of the clear packaging that covers the many items that we purchase. However, for something that is supposed to be quick and convenient, there is nothing quick or convenient about the complete lifecycle of a plastic object; it takes approximately 1000 years for this material to decompose. The effect of plastic in forests and wildlife is devastating. This thought then raises the question: should something we use for a few minutes be allowed to pollute our oceans and rivers and affect wildlife and forests for many lifetimes?

We already know about the terrible plastic soup brewing in our oceans, which is accounting for the death of over 100 million marine animals each year. But did you know that plastic is equally harmful above water as it is below? It can result in the widespread destruction of terrestrial wildlife and forests, but what exactly is the effect of plastic in forests and wildlife?

Microplastics are very small pieces of plastic that pollute the environment. A microplastic is defined as a plastic particle that is less than five millimeters. According to UN Environment, researchers in Germany warned that the impact of microplastics in soils, sediments and freshwater could have long-term negative effects on such ecosystems.

Microplastics enter these ecosystems through a variety of techniques. Sewage is a key factor in the distribution of microplastics. In fact, 80 to 90 percent of the plastic particles contained in sewage persist in the sludge. This sewage sludge is massively used as fertilizer, thus causing the wide dispersion of microplastics in our the soils.

This can be detrimental to the environment because the surfaces of tiny fragments of plastic may carry bacteria, viruses, and protists that act as vectors for diseases. Microplastics can further interact with soil fauna, affecting their health and functions. Based on their research, UN Environment stated, “Earthworms, for example, make their burrows differently when microplastics are present in the soil, affecting the earthworm’s fitness and the soil condition.” This can further damage the rest of the environment by reducing forest flora that are dependent on earthworms.

Another way that plastic affects our wildlife and forests is the concentration of microplastics in food chains. These concentrated microplastics release additives like phthalates and Bisphenol A (widely known as BPA), which can result in the disruption of the hormone system of vertebrates and invertebrates alike. When in higher climates, plastics can leach different chemicals such a fire-retardants, parabens, artificial dyes, and much more into soil and water systems and bind to different particles, which makes them persistent and lasting in those ecosystems.

Plastic is Not the Best “Fit” for Wild Animals

We now know that plastic can be very harmful to entire ecosystems; but let’s dig a little deeper to find out how plastics impact wild animals in particular. Plastic, the pesky substance that it is, manages to sneak into and damage several bodily functions of animals. Hungry animals usually smell food in plastic containers and bags. However, their curiosity and desire for food often cause them to get their heads, feet or wings trapped in the plastic. While a video of an animal whacking its plastic-covered head against the ground or a nearby tree makes for viral content, it also means that animals may suffer from overheating, suffocation, dehydration, starvation, and eventually death. In the case where the limbs of animals are trapped, it makes them less agile and more vulnerable to predators, competitors, and environmental stress.

If they manage to eat the plastic, it can also cause intestinal blockages and can become fatal for that animal. “The really sad thing about this is that they’re eating plastic thinking it’s food,” says Matthew Savoca, a marine biologist with the National Oceanic and Atmospheric Administration; “Imagine you ate lunch and then just felt weak and lethargic and hungry all day. That would be very confusing.”

This phenomenon is especially problematic because of how widespread it is. People often dump a lot of plastic near or in patches of unprotected wild land, which means that the probability of wild animals encountering plastic increases exponentially. Thus, the animals will be in imminent danger of either being trapped in, inconvenienced by or accidentally consuming this toxic material.

While a lot of wildlife and forests are protected as National and State Reserves across the world; several unprotected areas are still vulnerable to negative effect of plastic on forests and wildlife. Plastic affects our wildlife and forests greatly. Our job as informed citizens of this planet is to do our bit to ensure the safety of rapidly declining and highly endangered flora and fauna. It’s not too late to make a difference. The overall reduction in consumption and the reuse of plastic will result in less plastic circulating through trash piles that can reach the soil and forests. Responsible recycling can offset your plastic footprint on the planet, which, once again, reduces the probability of plastic waste reaching forests and the soil. Further, we must close the loop on plastic in order for it to never leak into the environment.

Curious to know how plastic affects us in different ways? Check out our post on how Plastic Affects Human Health and understand the unseen ways in which it is harming us. Curb your own plastic consumption and mitigate your impact on the planet by going Plastic Neutral with us today. Small steps enable big changes, take yours today.